Last Saturday I spent a few hours making a spread sheet about my invention. Not even all kinds of invention but the invention of 1 kind of item. I’m hoping that said item will bring me a nice profit in a few weeks once I’m done creating copies of my Blueprint Original.
Seeing that you need Blueprint copies to invent them into T2 copies.
The reason why this took me a few hours is because of the fact that I had to make a list containing all the products I need for the invention and creation of this. Then I had to breakdown said list into all the raw material I would need for this.
After doing that I remembered that I already had a bunch of material around somewhere so I had to put those into my calculations too. And let’s just say that it’s been awhile since I had to test my math skills. For some reason I came to amounts of 5m ISK more than I should have, but I accidentally multiplied somewhere instead of making a sum and well, it took me a bit to find said error.
Along with all of this I also made a few additions to my POS. I added a few extra labs for more copies and I asked a friend if he wanted to join me in my little venture. I bet that if it were in any way possible, he would have had ISK signs in his eyes. But that’s a good thing, it’s more fun if you work with multiple people on a project.
And speaking of projects, I have decided to say farewell to null sec. I had tons of fun there but it just wasn’t my cup of tea. Logging in, hoping for a fight and having to wait because fleet command was going to take dreads out first while I was sitting there in my little cruiser was not something I liked. Despite getting a bunch of fun fights, they were too spread out for me to stay there.
So I went back to High Sec and am currently sitting in my Machariel wondering what to do.
I’ve been thinking about maybe going to Low Sec. I just need to find someone willing to take me in. A Noob with little experience in PvP. Because, let’s face it. The only reason why I survived so many fights is because I followed people around and was pretty lucky most of the times.
A few days I went on a Talwar roam, my last roam with the alliance I was in and after a few hours I decided to head home. I have no idea how, but I was able to get past a gate camp in my Talwar with about 80% hull left. That’s what happens if you go home alone, instead of breaking up gate camps, you are their victim. 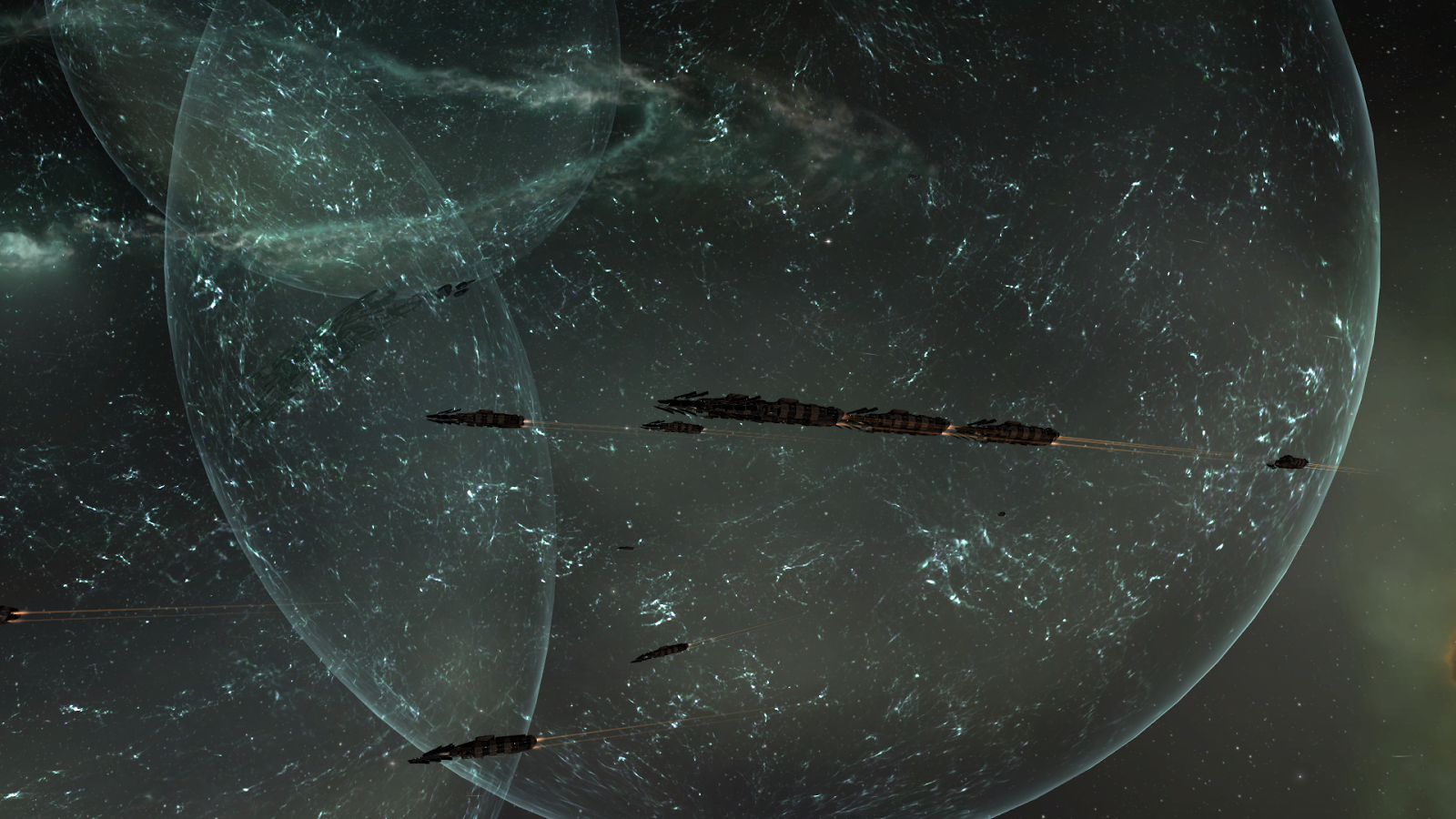 “Breaking up a party”
Lucky for me everyone had engaged me so nobody could jump after me to finish the deal. So I made it home safely, only to put the destroyer back on contract, grab myself a Claw and head 22 jumps back to my High Sec home.
I guess I’ll be running missions while I wait for something to drop in my lap.
Or maybe I should go out searching actively, if only I knew what it is I want.
Guess time will tell
Stay tuned o7